Iceland very generously donated over 30 chest freezers for distribution to foodbanks throughout the UK to use during the Coronavirus pandemic, when so many elderly and people are in dire need. Iceland have also thoughtfully donated a £50 universal food voucher to each foodbank to help fill their new freezer.

Relief Aid Logistics are pleased to have worked together with Business in the Community to find foodbanks and organise the deliveries, all of which were kindly made by Brakes - free of charge. This project has been hugely motivational, and we would like to say a big thank you to all who have been involved. Particular thanks go to all foodbank staff and volunteers, who work with such selfless determination and dedication to provide food for those who are not so fortunate.

The first freezer was delivered to Cyrenians in Edinburgh, and Craig Buchan, Depot Operations Supervisor, his staff and volunteers said:

Ice to see you to see you Ice! Massive thank you to Iceland for the extremely kind donation of a chest fridge, especially on such a sunny day in Leith. This will help our partner charities store more chilled meals that will go out to the people who need it most during this pandemic. Also a huge thanks to Business in the Community and Relief Aid Logistics for organising, and Brakes for making the delivery.

We are so pleased to be able to provide East Kent Mencap with this donation. PPE equipment is vital in enabling them to continue to support their members safely. If there are any local businesses in East Kent with supplies they’re not using, please get in touch and help them continue their incredible work.

On behalf of everyone at East Kent Mencap I would like to thank Relief Aid Logistics for their very kind donation, it could not have come at a better time as our stock of PPE has become worryingly depleted. Their support is a great kindness which will help us to safely sustain our care and support to our Members.

East Kent Mencap are still in desperate need of PPE equipment. You can view the details of their appeal here.

Help us help other vital charities!

Estates Gazette ran an appeal for warehousing and transhipment space for foodbanks in its weekly magazine and also on its web site, at the request of Relief Aid Logistics.

The Arch Co responded and generously offered FareShare foodbanks the use of two railway arches in Deptford, London, which are now being used to store and supply donations of vital food supplies to Deptford’s elderly and vulnerable residents. All parties are still working together to assist other charities across the UK.

We are hugely grateful to Estates Gazette for making the need of transhipment space known, for the Arch Co responding with incredible generosity and FareShare for their wonderful work supplying the vulnerable.

Quote from Kris Gibbon-Walsh Head of Network and Operations at FareShare:

We’re doing everything we can to step up our emergency response so frontline charities have the vital food supplies they need to feed those who are most vulnerable. This additional space means we’ll be able to get more food out to people at risk of going hungry during this crisis, and we’re extremely grateful to Arch Company, Relief Aid and Estates Gazette for their support.

We’re delighted to help the community effort against Coronavirus in whatever small way we can. If other charities or community organisations could use one of our unoccupied arches to help with the current crisis, they should get in touch and we will see if we can help.

We’ve seen the real estate industry step up during this crisis and when Relief Aid Logistics asked for our help, EG was delighted to do so. We knew landlords would want to help, nevertheless the speed with which the Arch Company responded was fantastic.

Landlords, do you have an empty warehouse or industrial unit we can use?

We are seeking emergency warehouses and storage space for charities and food banks.

Industrial/warehouse space of between 5,000 and 40,000 sq ft is required in the following 5 postcodes:

Many supermarkets and other suppliers are donating large quantities of food with Red Cross and NHS Volunteers primed to make the deliveries.

However there is a shortage of storage facilities to help make this happen. Ambient, chilled and freezer facilities are all urgently required.

We are looking for space, for advice and for donations to ensure we can feed elderly and other vulnerable people during this crisis.

We are working with FareShare and other charities and are ready to deliver supplies using vetted and screened volunteers. The missing piece is ready-to-go transhipment facilities where bulk contributions can be received and broken down into small parcels for delivery.

AirDropBox Ltd, a subsidiary of Relief Aid Logistics, was created to develop a safe, cheap and biodegradable direct supply method for use in humanitarian aid and general logistics.

The high cost of air delivery systems has long been a challenge to logisticians and humanitarian aid organisations. AirDropBox has overcome those challenges.

Through careful selection, material development, and a lot of testing we have created a system that is constructed almost entirely from biodegradable materials (91.4% by weight per system) and it can be prepared for flight by anyone in under 6 minutes meaning that not only are we reducing the cost and complexity of supplying goods by air, we are significantly reducing the environmental impact associated with air dropping supplies and essential equipment. 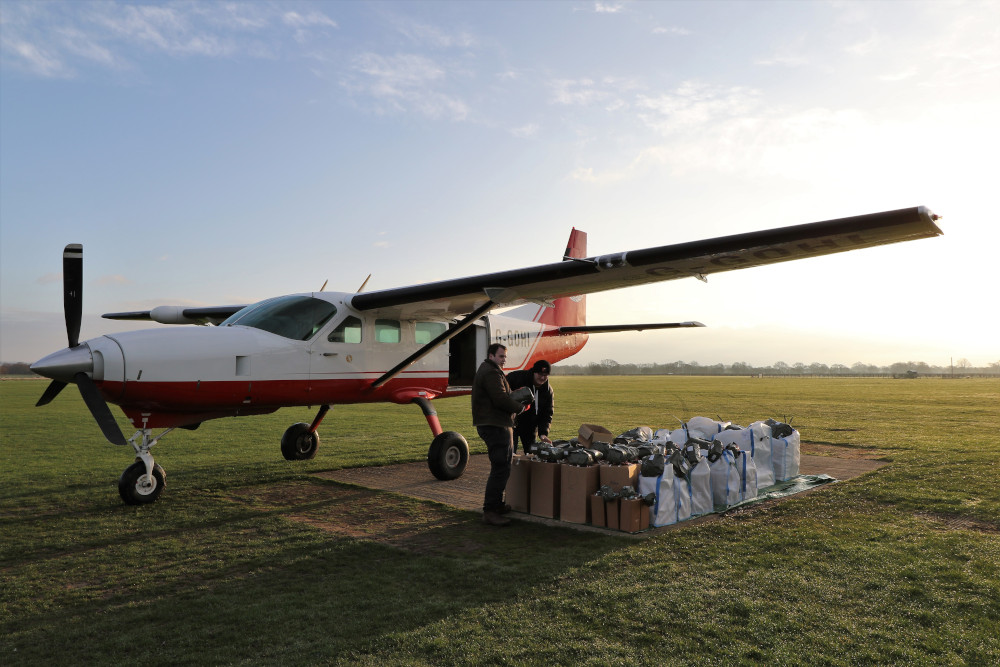 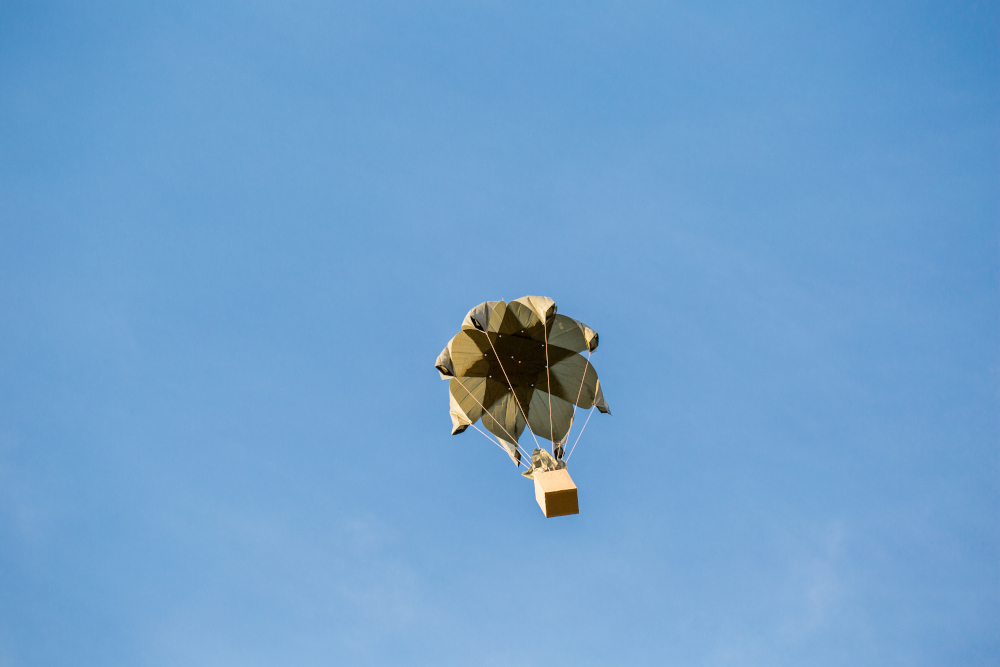 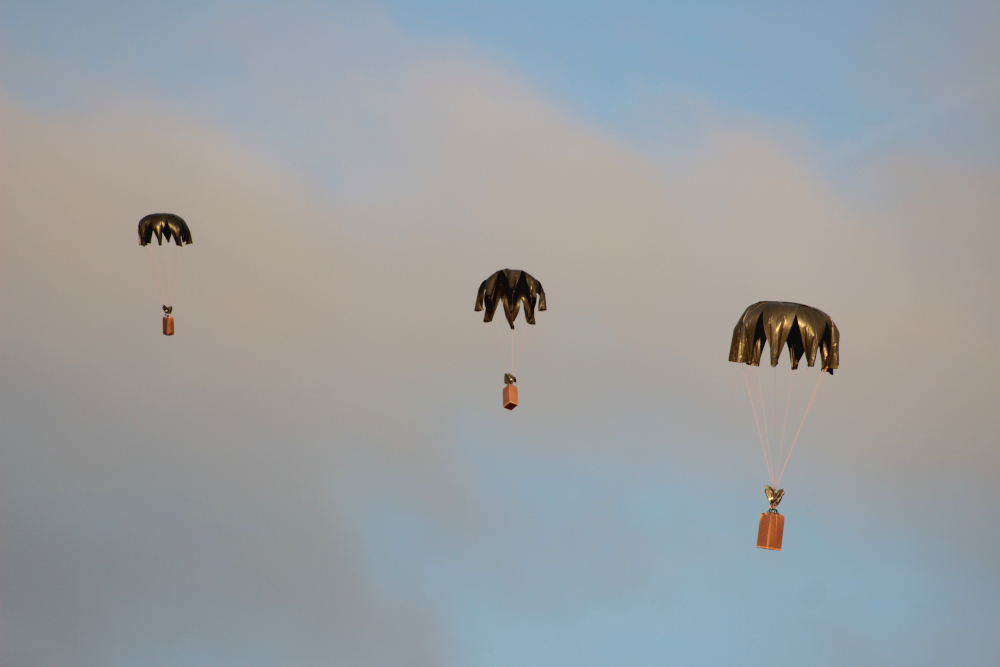 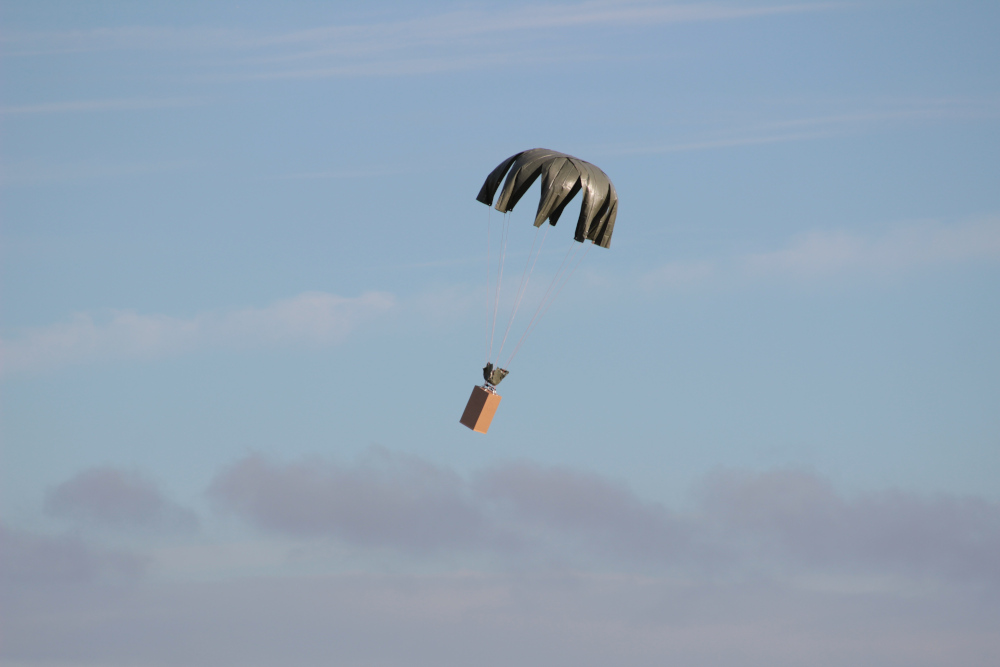 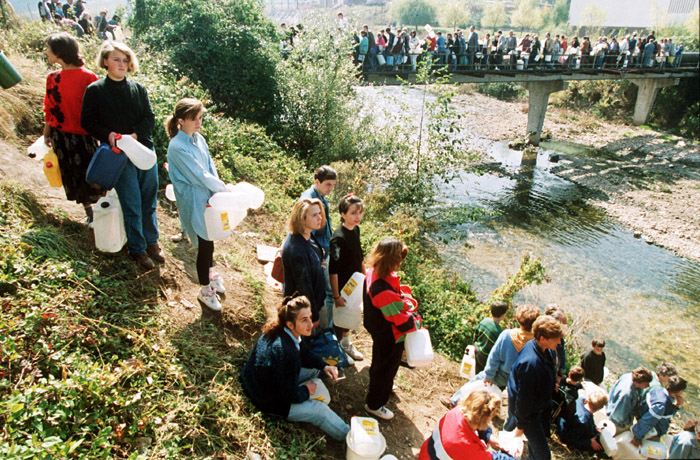 During the Bosnian War, from April 1992 to December 1995, many small charities sent emergency supplies in small vehicles at a high cost per kg delivered. We had the simple idea of hiring a blank 40' artic truck and keeping a badge for each of 20 charities in the glove box. Photos of 'Our man in Bosnia' delivering their aid while wearing their badge were sent back to all 20 charities for their donors and supporters’ feedback and encouragement, and transport costs were reduced to 1/4.

During the Balkan conflict Larry Hollingworth CBE, the Chief of Operations in Bosnia for the United Nations High Commissioner for Refugees (UNHCR), was regularly on TV; he personally led convoys to besieged towns through active combat front lines with some of our charity partner’s supplies, to feed the population and evacuate women and children to safety. After doing this informally for a while we eventually founded a charity called ‘Relief Aid Logistics’ on 5th December 1994, which continued our work of providing transport for small NGOs. 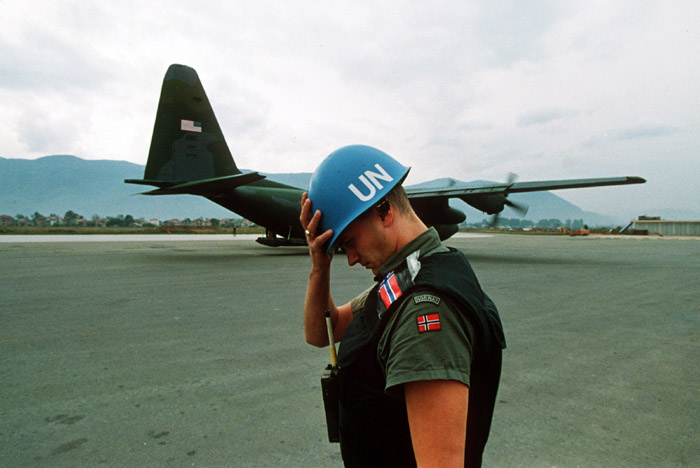 After the Bosnia conflict we focused on the developing world and enjoyed some wonderful partnerships with charities like ‘Faith in Action’, a husband and wife team in Crawley, Sussex. Working with church groups all over the UK, Martin and Sally Jeffree send beautifully cleaned, ironed and wrapped clothes and lovingly refurbished school equipment and consumables to Africa.

For or towards the general benefit of the public in such manner as may be charitable and in particular but not so as to limit the generalities of the foregoing to provide suitable buildings primarily in the United Kingdom for the provision of standby warehouse and transhipment facilities for the collection storage and onward delivery of relief supplies by relief charities and subject to such changes as the trustees shall from time to time determine.

And, in particular but not so as to limit the generalities of the foregoing to provide suitable buildings primarily in the United Kingdom for the provision of standby premises facilities and services to protect the public in the event of a disaster or emergency subject to such charges as the trustees shall in their absolute discretion determine.